The Division of Tax Appeals was created by the legislature in 1986 as an independent and impartial body for the resolution of tax and licensing disputes.  It is headed by the Tax Appeals Tribunal which is comprised of three commissioners appointed by the Governor and confirmed by the State Senate.  The commissioners are appointed for nine-year terms.  One of the Commissioners is designated the President of the Tribunal by the Governor and is responsible for the administration of the Tribunal and the Division of Tax Appeals as a whole. 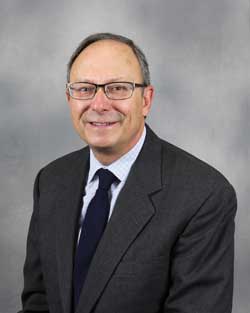 Anthony Giardina was nominated by Governor Andrew Cuomo and confirmed by the State Senate in June 2017 to serve as a Commissioner of the Tax Appeals Tribunal. Prior to the appointment, Mr. Giardina served as Executive Director of the State Athletic Commission. Previously, he served as Executive Deputy Secretary of State, where he oversaw the day-to-day operations of the 500 person agency. Before joining the Department of State, he served as Assistant Secretary for Economic Development in the Executive Chamber.

Mr. Giardina began his professional career in the administration of Governor Mario M. Cuomo, where he assisted in establishing the Office of State Ombudsman in the Department of State. He served as Assistant Corporation Counsel to the New York City Law Department, representing the City in real property tax proceedings and special franchise assessment proceedings. His private legal experience includes representing individuals, businesses and not-for-profit organizations in a wide range of legal matters including real property tax certiorari proceedings.

Mr. Giardina holds a B.A. from the State University of New York at Albany and a J.D. from Albany Law School. He resides in Albany County with his wife Bernadette and daughter Daniella. 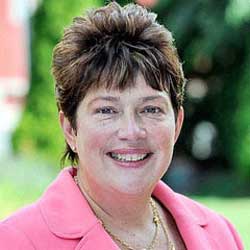 Dierdre K. (Dede) Scozzafava was appointed by Governor Andrew Cuomo and approved by the State Senate to serve as Commissioner of the New York State Tax Appeals Tribunal, effective June 30, 2016. Prior to this appointment, Commissioner Scozzafava served as the Deputy Secretary of State for Local Government from January 2011 to June 2016. In that capacity, she worked to streamline municipal government across the State and supervised the Local Government Division’s technical assistance, training and grant programs. This included Local Government Efficiency grants, the Appalachian Region Development program, and Community Service Block grants. She previously served for more than a decade in the New York State Assembly representing the 122nd Assembly District, which includes most of St. Lawrence and Lewis Counties and a small portion of Oswego County.

Commissioner Scozzafava launched her career in public office by serving four years as a trustee in her hometown Village of Gouverneur, and then as mayor of Gouverneur from 1993 through 1998. In the State Assembly, she became the first woman to serve as Minority Leader Pro Tempore for the Republican Conference. In that role, she was responsible for leading debates and pushing the agenda of the conference. While in office, Assemblywoman Scozzafava focused on constituent services and took a bipartisan approach to governing. She fought for the North Country’s diverse interests of manufacturing, agriculture, hunting and fishing, labor, tourism, environment, the Seaway, Fort Drum and higher education.

Cynthia M. Monaco was nominated by Governor Andrew Cuomo and confirmed by the State Senate in June 2021 to serve as a Commissioner of the Tax Appeals Tribunal.  Prior to this appointment, Ms. Monaco served as a Special Counsel for Ethics, Risk and Compliance with the Dormitory Authority of the State of New York.

Ms. Monaco's legal career includes the private practice of law where she focused on representation of individuals and businesses in a wide range of legal matters including white collar and criminal tax matters and IRS regulatory violations.